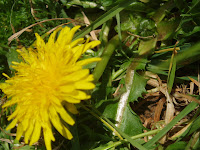 Dandelions are often described as a wild superfood.

They contain vitamins A and C, plus B vitamins, and they're rich in minerals - notably potassium. They also contain many other useful phytochemicals.

Use dandelions differently depending on the time of year ...

Autumn and winter
Most people say the colder months are best for digging up and using the roots - it's when they're biggest and sweetest. (An exception is legendary US forager Euell Gibbons, who wrote that he preferred to dig them in spring.)

To make delicious dandelion root coffee, the secret is to oven-roast the roots on a low temperature for a long time - try about 4 hours at 100 degrees C.

(If you don't have heaps of roots, maybe do it at the same time as making meringues or something, so you feel having the oven on for that long is more justified!) They give off a chocolatey smell as they roast.

They shrink a lot, so start with a decent-sized bowlful. Give the roots a good wash and scrub first, and if they're big ones, chop them up small. They're ready to take out of the oven when the insides are a darker brown than the outsides, and they snap easily between your fingers.

As for dandelion leaves, they're often at their most bitter in autumn and winter. That's noticeable in a salad, but in a cooked dish they'll lose much of their bitterness. Use them as you would at any time of year.

Spring and summer
Dandelion leaves are best in spring before the flower comes up, and can be ...
- cooked quickly (wilted in hot oil or steamed)
- eaten raw as a bitter salad green
or
- infused dried or fresh to make dandelion tea.

A simple recipe that there are many variations of is wilted dandelion leaf salad with hard-boiled egg and/or bacon bits,

Throughout the year, the new flowers and the flower buds of dandelions are also edible, but are most abundant in summer.

Dandelion flower wine is a popular wildflower wine - and there are nearly as many methods for making it as makers. Try this website for starters. Gwen Skinner's now out-of-print book Simply Living contains several recipes too. You can find it in libraries and second-hand bookstores.

The trouble with dandelions
Dandelions are notoriously tricky to identify at first, because of the many lookalikes also growing wild. This is such an accepted phenomenon it even has its own entry on Wikipedia - damned yellow composites (DYCs).

Dandelions are distinguishable from other DYCs by their unbranching, hollow flower stems and smooth, usually highly toothed leaves.

Common dandelion imposters in NZ include catsear, hawkbit, and hawkweed.

Don't worry if you end up with one of those others though - they're all edible.


Dandelions in medicine:
Dandelions are a diuretic, and in western herbal medicine the leaves and roots are used to cleanse the kidneys and liver. 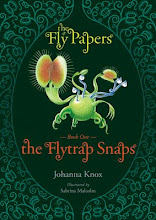